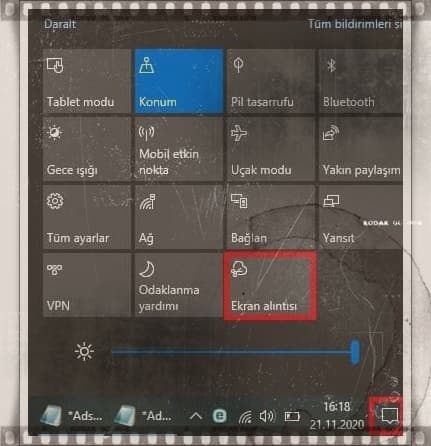 Windows ve MAC screenshot on computer Screen capture tools can be used as well as key combinations to capture.

Which button is used to take a screenshot?

Command (cmd) + Shift + 3 key combination is used to take a screenshot on Macbook.

What is a snipping tool?

Screen shot device It is a screenshot utility made by Microsoft and included in Windows Vista and later versions.

How to open snip tool?

Start select button, screen shot device type and then select the vehicle from the search results.

Or click the chat bubble at the far right of the taskbar and click Snip at the bottom.

Taking a Windows 10 screenshot for;

Click the chat bubble on the far right of the taskbar and click Snip at the bottom.

After clicking Snip, your screen will go black and a selection bar will appear at the top of your screen.

Windows 10 screenshot A notification window that the screenshot has been taken will appear in the lower right corner of your desktop.

When you capture a snip, it is copied into the Snipping Tool window for you to modify, save and share.

Here if you wish screenshotYou can edit.

How to save windows screenshot?

Where is the Windows screenshot saved?

On your computer with Windows 10 Windows If you press the PrintScreen key while holding it down, the screenshot will be automatically saved to C: Users username Pictures Screenshots folder.

Apply the key combination Command (cmd) + Shift + 3 on your keyboard.

Screenshots are added to your desktop using the “Screenshot” [tarih]-[saat]It is saved as “.png”.

Where is the Macbook screenshot saved?

For most versions of the Mac default settings, when you take a screenshot this screenshot is currently saved in PNG format on the desktop.

To change the MAC screenshot save location;

We present below the best free programs for taking a screenshot or capturing the screen with sound. 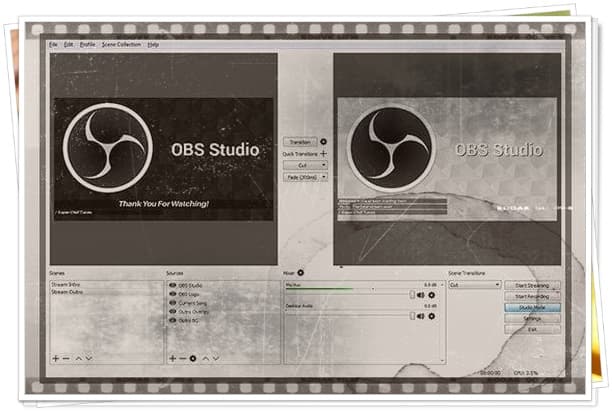 Open source and offers the opportunity to register without any restrictions free screen capture program OBS Studio performs both recording and streaming functions in high resolution. Moreover, it allows you to make these broadcasts on Twitch or YouTube.

The software, which allows you to convert and save your recordings in FLV format, performs the recording directly on the graphic card. In this way, you can also record game videos in full screen mode.

OBS Studio, which can use multi-core processors to the full, is very powerful. You can also record 60 FPS and above. The only drawback of this software is that it takes some time to install it according to your needs. OBS Studio offers support for Windows, macOS and Linux.

This free version of the paid FlashBack Pro does not add annoying watermarks or time limits to your recordings. The user interface of the software, which can challenge paid alternatives with many successful features and tools, is also very easy.

After capturing the entire screen, a window, a selected area or webcam image, it is possible to instantly crop and shorten it with its simple editor. You can then save them on YouTube, FTP server or your computer.

Let’s underline that the software has a special game mode where you can adjust the frame rate. FlashBack Express only allows you to record in WMV format unless you upgrade to the paid version of the software. The software is Windows compatible only. 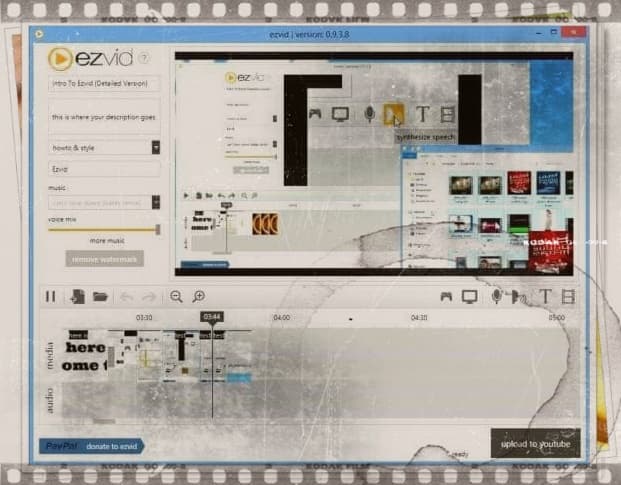 Ezvid, which offers one-click screen recording, is especially pleasing to YouTube publishers. The software, which is highly functional for both beginner and experienced users, also draws attention with its integrated editing tools. The interface of the software, where you can save your desktop and games, is also very easy.

Ezvid, which you can record from the microphone or using the sound effect, can also turn the texts into speech. You also have the chance to add various music to your presentations and slide shows. If you do not want a watermark on your video, you have to complete your registration in 45 minutes.

The software adds a starting image with its ad to the beginning of your registration, but you can delete it in the project window. 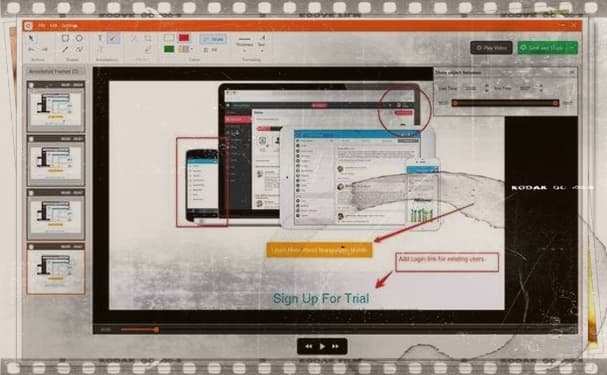 Capable of recording webcam and desktop images free screen capture program TinyTake does not offer support for games. To record, simply click the record button and select a field from the screen or use the CTRL + R key combination. The software doesn’t watermark your videos but only offers a 5-minute time limit.

It is certain that this period will be quite short for most people. After recording, you can preview the video and upload it to your hard drive, YouTube or TinyTake’s own cloud storage service. Also, this cloud service provides you 2 GB. For more tools and video annotation functionality, you need to upgrade to the paid version. TinyTake is compatible with both Windows and macOS. 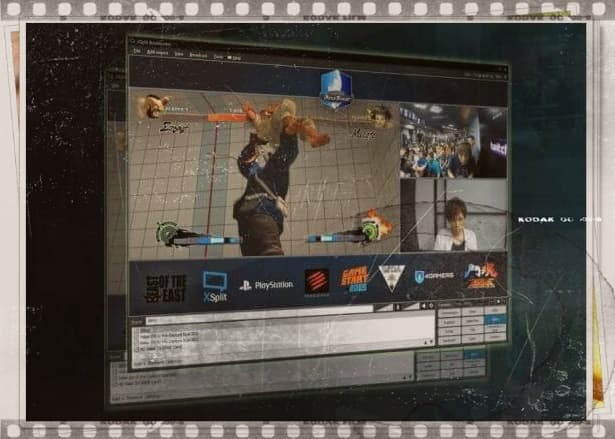 Xsplit software for broadcasting and recording; It comes in two versions, Broadcaster and Gamecaster. Although the two are quite similar, Broadcaster is designed for general purpose and Gamecaster for gamers. Xsplit Broadcaster offers three options, free, personal and premium. Of course it concerns us what is free. In this version, the software adds a watermark to your videos above 60 FPS and 720p.

The software, which is capable of recording from a screen, graphic card, webcam, media file or a certain program, detects that you are playing a game and automatically starts recording.

You can record your recordings as a video or broadcast directly to Twitch, YouTube Live and Facebook Live. This software only offers Windows support.