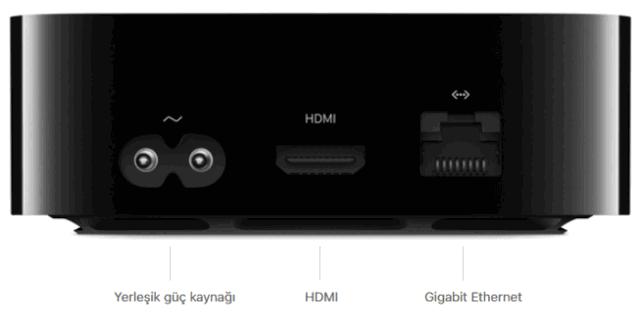 In this article What is Apple TV, How to use, how to connect to tv and Apple TV models We will answer the questions of what are the differences between them.

Apple TV If you are using an iPhone or iPad, you do not need to replace your television with a new technology Smart TV. Bring Smart TV features to your TVyou can.

What is Apple TV?

Apple TV is a real-time media player that works with the tvOS operating system developed by Apple and displays it on your TV by taking its content from the internet.

Apple TV You can rent movies and access other popular applications easily.

What can be done with Apple TV?

Apple TV makes your TV more usable, more fun. You can play games, pair with iTunes by providing your connections; You can use applications such as YouTube, Vimeo, Flickr, Podcasts and listen to the radio. You can also sync your photos if you wish.

with Apple TV Apple StoreYou can buy movies, rent movies, download and use applications from .

Apple TV’s Itunes Store is installed in many applications such as Youtube, CNN, BBC, Facebook, Twitter, Flickr, Netflix, Vimeo, Bloomberg TV, Quello Concerts, Redbull TV, Wsj Live, Mlb TV Premium. Thanks to these programs, paid or free movies, music, trailers, videos, etc. can be transferred to the television screen in the form of a high-quality image. Apart from this feature, external data can also be transferred to the television, providing pleasant impressions.

Apple TV You can perform your operations and transitions with the remote control supplied with it. You can pause and fast forward movies with the provided remote; You can open music and switch between applications.

Also, if you have a computer connected to the same network, when you turn on home sharing, the iTunes All data such as movies, series, music in the application Apple TV You can also access with

How to connect Apple TV?

Apple TV 4K. The latest and currently the best-selling Apple TV model. It supports 4K and HDR video and is powered by the same A10 processor found in the iPad Pro.

Apple TV (4th Generation). This model supports 1080p HD video and is powered by the A8 processor also used in the iPhone 6. If you don’t have a TV that supports 4K or HDR, it might make more sense to buy a 4th generation.

What is Apple TV+?

Apple TV+is an ad-free, streaming video-on-demand television service from Apple Inc., released on November 1, 2019. Apple TV+ was launched as a direct competitor to companies such as Netflix, Disney+, and Paramount+.

What is Apple TV We are really curious what you think about our article and we welcome you to share it in the comment area below. What is Apple TV We will be waiting to respond to your ideas by instantly returning to your comments.

Watch Apple TV Plus series You can find it in our article here.

How to Connect Apple AirPods to Computer

How to Book an Apple Technical Support Appointment?

How to Take a Screenshot on Apple Devices (iPhone, iPad, Mac)?